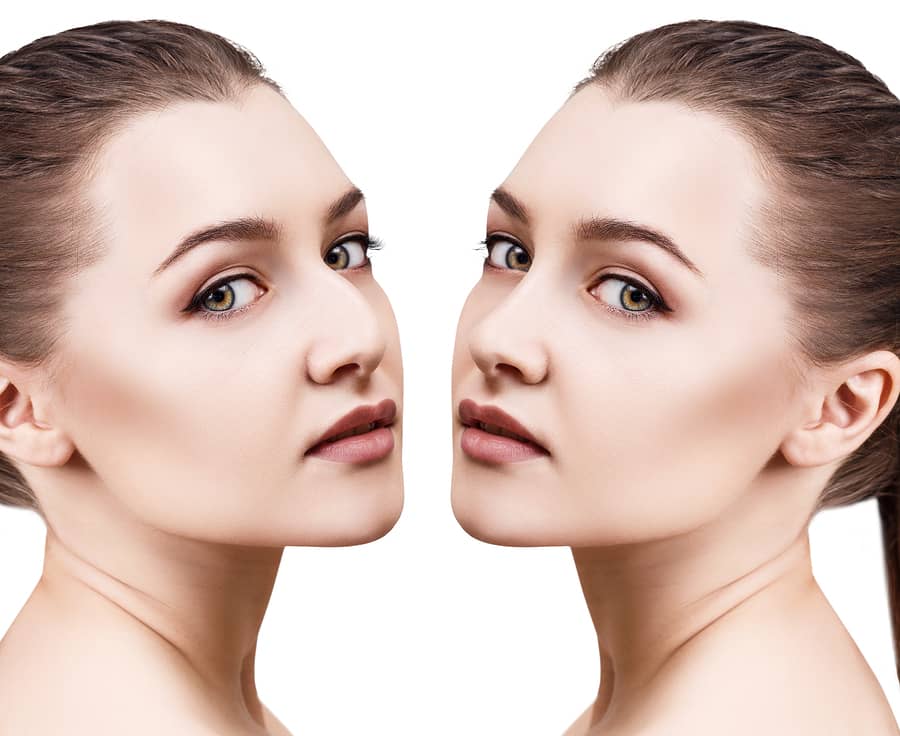 If you’re unhappy with the size or shape of your nose, rhinoplasty is the obvious solution. Getting a nose job does more than just change your nose; it changes how the rest of your face is perceived and allows all your facial features to work together to create a beautiful you. And if you’re in the Rio Grande Valley, the Rios Center for Plastic Surgery, located in Edinburg, Texas, is a perfect choice. Finally, you can achieve the facial symmetry you’ve always longed for.

This Rhinoplasty procedure is commonly known as a nose job, and although it has great aesthetic uses, it has vital medical uses as well. Nose jobs are often used to correct impaired breathing that has been caused by issues with the structure of the nose. There are many reasons a person may choose to seek out a nose job. Some people choose to get this procedure after a trauma, such as after breaking their nose. Some may seek it out to fix the natural size and shape of their nose to make it more appealing and to allow it to fit in more smoothly with the other facial features.

Of course, getting a nose job is a common choice for those with nasal breathing issues. One of the most common causes of breathing impairments is a deviated septum. This is where the nasal septum, or the bone and cartilage that divides the nasal cavity in half, is off-center or crooked. This can make breathing difficult, and having this procedure is the perfect way to find clear air.

Getting a nose job can make the nose size more balanced in relation to other facial features. It can be used to change the nose width at the bridge or at the nostrils or to change the nose profile’s visible humps or depressions. It can fix a nasal tip that is enlarged, upturned, down-turned, or hooked. It can also fix nasal asymmetry or nostrils that are large or upturned.

Each nose job is unique. Every patient seeking a nose job comes in with different needs and expectations. While the surgeon will follow the same basic steps, they have to plan each treatment and procedure specifically for the patient in question. By customizing treatment, surgeons are able to provide the best possible care on an individual basis. Depending on what your specific needs are, there are four main types of nose jobs that your doctor may suggest.

This is the most popular type of nose job because all the incisions are left hidden inside the nose. Once you are healed from the procedure, you won’t have any visible scarring. The soft tissue of the nose is lifted slightly upward, leaving the bone and cartilage accessible to the doctor so they can perform the necessary changes to the structure of your nose.

This type of nose job is less invasive than the other types, so there are several advantages to choosing this option. There is generally less nasal tissue irritation with this procedure and a decreased likelihood of post-operative edema, or swelling. Part of the reason for decreased irritation is that the doctor does not make any surgical cuts on a portion of the nose called the columella. Because of the less-invasive nature of this surgery, there is less time spent inside of the operating room, as well as a faster post-operative recovery for the patient.

This procedure is useful for patients who require small structural changes to their noses. Because this version of the procedure is less invasive than other forms of rhinoplasty, however, the doctor also isn’t able to create massive structural changes. If you require a more intensive nose job, you will need a different type of surgery.

This version of the procedure is more intensive and has historically been useful for patients who need more extensive work done on their nose. If you need more than a minor change to the structure of your nose, it is likely that the surgeon will suggest this type of nose job. The surgeon starts by making small incisions in the area between your nostrils and underneath your nose, in an area called the columella. This allows the surgeon to move the skin from a large part of your nose.

Then, the skin is lifted up to allow access to the inside of the nasal cavity so the surgeon can reshape the structural parts of the nose. After reshaping the necessary areas, the doctor will suture up the columella and tape the nose to encourage stabilization. After taping, the doctor will place a splint over the finished nose that has been sculpted specifically for the patient. The splint works to protect the healing tissues of your nose for the next week.

This type of nose job is done by using an injectable filler such as Juvederm or Restylane. The filler works to even or fill out small issues in the nose. It’s a great option for those with small issues because it’s non-invasive and quick. One downside, however, is that the results are not permanent. Over time, the body reabsorbs the filler, which effectively erases the changes that were made.

Another common reason for a revision is breathing difficulties. It’s relatively common for individuals to experience mild breathing issues after having a nose job. Because a surgeon is adjusting the structure of your nose, they may accidentally create, or uncover issues that result in, a small obstruction that affects your breathing.

The first step in your path to a perfect nose is to meet with a surgeon for a consultation to determine whether you are a good candidate for surgery. You will have a chance to discuss with your doctor why you are seeking this surgery and what you are hoping it will accomplish.

Your doctor will ask about your medical history. You’ll want to disclose any current or past medical problems you have experienced as well as any prescription or over-the-counter medications you take. If you take any supplements, be sure to mention them, as well as any drinking or drug use.

The doctor will then conduct a physical exam of your nose. They’ll look closely at the issues you have said you want to fix as well as the skin on the inside and outside of the nose to help them determine what structural issues can be fixed. During the consultation, the doctor will take pictures of your nose from various angles. This helps the doctor make assessments about the long-term results of surgery and may even be used as a reference point before and during the surgery.

Because a nose job is a relatively minor procedure, it can be done in a hospital, in a doctor’s office, or in an outpatient facility, depending on what type of nose job you will be having. Depending on the type of procedure and how extensive the work that needs to be done, you may receive local anesthesia. This only numbs your nose but will not put you under. Some nose jobs require general anesthesia, which will let you sleep while the work is being done.

Once the anesthesia has taken effect, the doctor will make cuts between your nostrils or inside of them. If the surgery requires cartilage for tissue grafting, the doctor may remove some from your ear or from deep inside your nasal cavity. The doctor will proceed to separate your skin from your cartilage and bone and then reshape the underlying structure to fix the issues you discussed.

The procedure can take anywhere from one hour to several hours, depending on the complexity of the surgery.

After the surgery is complete, your doctor will put bandages on your nose as well as a plastic or metal splint that will help your nose keep its new shape as it goes through the healing process. The doctor may also place splints inside your nostrils to help stabilize your septum.

You will want to rest with your head elevated above your chest for several days to reduce bleeding and swelling in your nose. Most patients are asked to leave the splints and gauze in and on their nose for about a week after surgery. If your stitches are dissolvable, they will disappear on their own. If they are not dissolvable, you will have to return to the doctor a week after surgery to have them removed.

You will likely experience some bleeding and drainage for a couple of days after your surgery. You also may get headaches, and your face will feel puffy and swollen. You also may experience some swelling and bruising around your eyes. Your doctor may prescribe medications to help ease the pain. You will want to make sure to avoid physical exertion and other activities that require much facial movement for several weeks after surgery.

Get the Nose You Need

Having any sort of surgery can be stressful and overwhelming, but don’t let it hold you back from seeking the nose you want! Whether you have problems breathing through your nose due to a deviated septum or you are looking to make your nose more symmetrical and aesthetically pleasing, getting a nose job is a relatively easy step to making huge improvements in your quality of life. Don’t let your nose problems keep holding you back in life. Say yes to living with all the benefits of the perfect nose you’ve been looking for.

For more information about rhinoplasty in the Rio Grande Valley, contact us at Rios Center for Plastic Surgery in Edinburg, TX today. We’d be happy to answer any questions you might have about our center or schedule you for a consult.