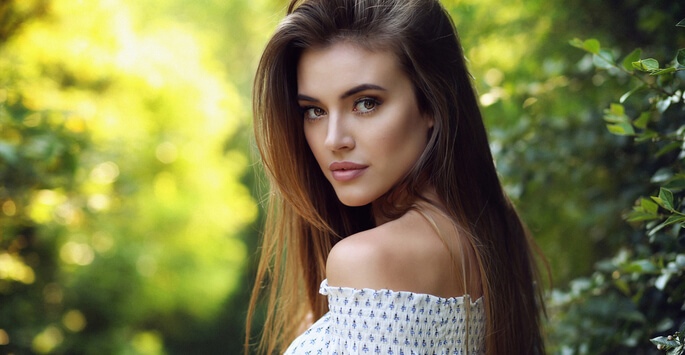 People seek rhinoplasty because they feel their nose is so unattractive. Because of the nose’s prominence and complexity, rhinoplasty is an especially challenging procedure for a plastic surgeon. This is why surgeons who are skilled in this specialty are in demand. Here at Rios Center for Plastic Surgery, we are proud to help you learn about the benefits of this life-changing procedure.

Plastic surgeons find other problems with their patients’ noses besides their wanting to fix the shape of them. Sometimes there is something wrong with the septum, which is the wall separating the right and left nostril. There may also be something wrong with the turbinates, which are structures that warm and humidify the air that enters the nose. These problems can interfere with the patient’s breathing, even though the patient doesn’t know it. In that case, experts in rhinoplasty suggest that the problems be corrected before the surgery on the nose.

The plastic surgeon can make an opening through the columella, which is the cartilage between the patient’s nostrils. This is the open or external procedure. They can operate inside of the nose without using external openings, which is the closed or endonasal procedure.

Bone is not often used during rhinoplasty because the body absorbs it over time, and patients find it to be too stiff. Plastic surgeons also use the lower layers of the patient’s skin, their fat and the fascia, which are sheets of collagen found around muscles and internal organs, to resculpt their noses.

After the operation, the doctor will splint the nose and apply dressings to keep it stable and protected. Splints and dressings also reduce swelling and bruising after the surgery. There are several types of splints to use after rhinoplasty, but plastic surgeons seem to prefer plaster of Paris because it’s versatile and inexpensive.

The splint usually comes off two weeks after surgery, and the nose can be gently massaged after this. Corticosteroid injections also keep down the swelling.

The way the alar cartilage is sealed also factors in the ultimate look of the nasal tip. The tip can also be improved by cartilage grafts. Some surgeons prefer the septal graft because it is more rigid than the other types of cartilage grafts that are used in a rhinoplasty.

In another type of surgery, the tip of the nose is rotated upward, which not only improves its look but shortens a nose that the patient thinks is too long. The tip can also be rotated downward, which causes the nose to look like it’s longer. The surgeon can also place transplants at the ends of the domes of the nostrils. Removing some fatty, fibrous tissue from the nose can also improve the look of the tip and the look of the nose in general. In another surgery, the width of the nostrils is narrowed by making an incision in part of the columella.

Another thing that makes rhinoplasty a bit more daunting than other plastic surgeries is that the patients can be as young as 13. This is when their nose reaches its mature size, and many teenagers are not exactly sure what they want their final nose to look like. The only know they hate the one they have. During the consultation the doctor should stress that they can only have one external rhinoplasty in their life.

Older patients, especially women, are more certain when it comes to the final look of their nose. Men and women tend to want different things from rhinoplasty. Women want the tips of their noses to be more delicate and point just a bit upward, while men want a nose that’s powerful without calling too much attention to itself, with the tip just slightly falling.

It is also important for the patient to be in good physical and mental health and above all to have realistic expectations when it comes to their rhinoplasty.

During the consultation the doctor will need to examine and evaluate the patient’s nose. This means they’ll have to check the thickness of the skin, the length of the nasal bones and the condition of the nasal cavities. Because X-rays are sometimes used to evaluate the inside of the nose, they often reveal something awry with their patient’s septum or turbinates. Other doctors use endoscopes to check their patient’s nasal cavities before operating. Patients are also given smell tests before their procedure.

Of course, the doctor and the nurse take several photographs of the patient, and some doctors use computer imaging to show the patient what their nose might look like after their surgery.

If you are unhappy with the look of your nose and are interested in rhinoplasty, we warmly encourage you to reach out and make an appointment with Rios Center for Plastic Surgery. At our convenient location in Edinburg, we are proud to serve the Rio Grande Valley. Our caring and dedicated team of professionals will be pleased to explain your options in greater detail and answer any questions you may have. Contact us today to set up your consultation – we look forward to speaking with you!